In Western Australia, we are blessed that the southern hemisphere is the largest producing region of truffles. Western Australia is also currently the biggest producer of truffles outside of Europe with truffles in Manjimup comparable to taste and texture of European truffles. So…what are truffles? Truffles are exotic, uniquely flavoured, gourmet mushrooms that grow on the roots of hazelnut and oak trees inoculated with imported truffle spores from France. Truffles can be found centimetres under the ground.

From the title of the event, Truffle Kerfuffle is an event dedicated purely to truffles and will be held on the weekend of 27-29 June. The event will feature lunches and dinners, truffle hunts, masterclasses, food discussion seminars and wine tastings. You will also need to purchase tickets for this event, so grab them as soon as you can or even now!

Two weeks ago, I was invited by creative agency The Peach & Pineapple Co to attend the official launch of the 2014 Truffle Kerfuffle, held at Bib and Tucker, Fremantle. Not only us foodies were present at the event but there were also official attendees, including the Minister for Agriculture. Oh and there’s Eamon Sullivan, the owner of Bib & Tucker’s and Scott Bridger, the head chef of Bib & Tucker who created exquisite canapes which showcases the first Manjimup truffles of the season.

Launching of the 2014 Truffle Kerfuffle

Canapes with truffles and wine? A matchmake in heaven. I had most of the canapes on offer and they were oh so good! I was definitely left wanting more. We had the Beef Tartare, Jerusalem Artichoke Soup, Marron Brioche Sliders, Truffle and Potato Pizza and Beef Tortellini. Obviously, I was busy enjoying the canapes and mingling around that I had forgotten to take photos of some of the canapes!

And also not forgetting the star of the night – Viva, the truffle dog. There were definitely lots of “Awwws” and “So Cute!”. It was both enjoyable and entertaining to watch Viva in action (She had to sniff a few boxes to reveal the truffle infused towel). Did you know? A good truffle dog can smell a truffle from 50 metres away! How awesome is that! 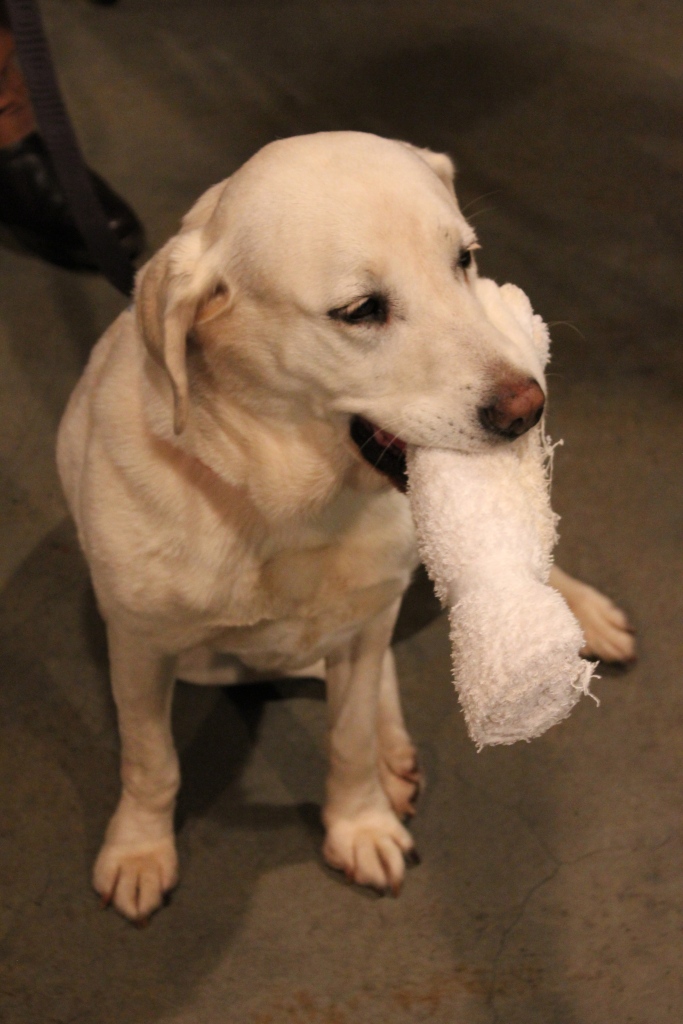 Lastly, I would like to thank Caitlin Irving and Zara Bryson from Peach and Pineapple Co. for inviting me to attend the launch of Truffle Kerfuffle at Bib and Tucker. It was an absolute pleasure. 🙂